Gail the Goldfish, friend and companion to C.J. Cregg and the rest of the gang at The West Wing, is back for an exciting and FINAL seventh season!

This is sad and exciting. It’s sexciting. Wait, no. Sorry, Gail. I didn’t mean it like that.

Truly, though, Gail experiences the frost of terrifying allegations against her mama, deep loss, and the anticipation of moving. It’s a traumatic season for her, but she handles it like a champ. Let’s do this one last time! Here are Gail’s appearances in Season 7.

(If you think that you can identify one of the mystery props, please do comment and if you can convince me, I will happily give you full credit for the spot!) 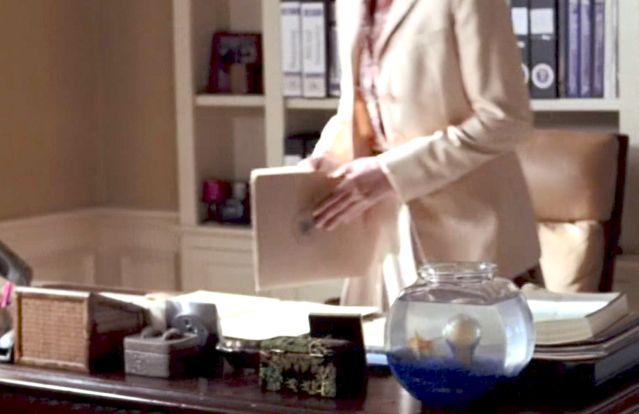 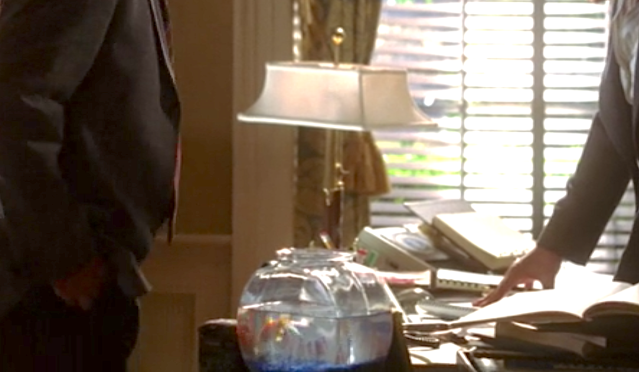 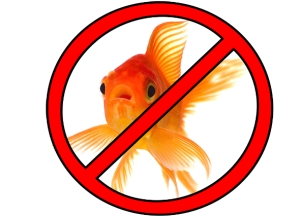 No Gail. And I don’t think she’s feeling all the attention that’s going to the campaign trail. We all want more Gail. 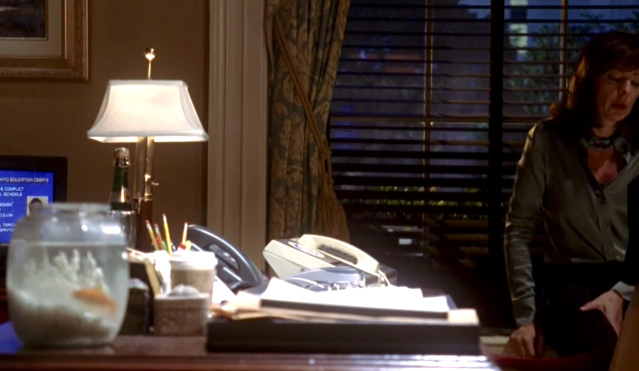 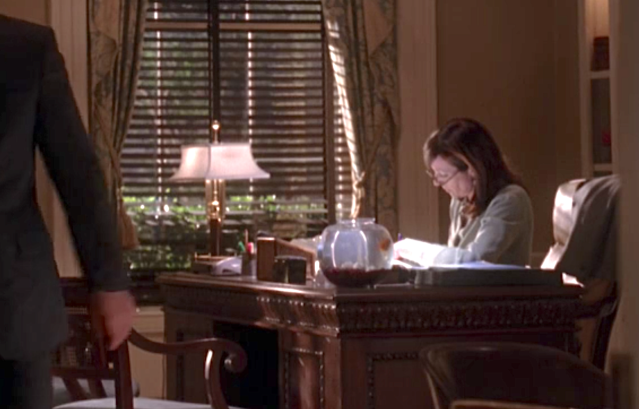 No Gail. The writers are trying something clever with debates. If they truly wanted to be innovative, they would’ve allowed Gail to moderate! 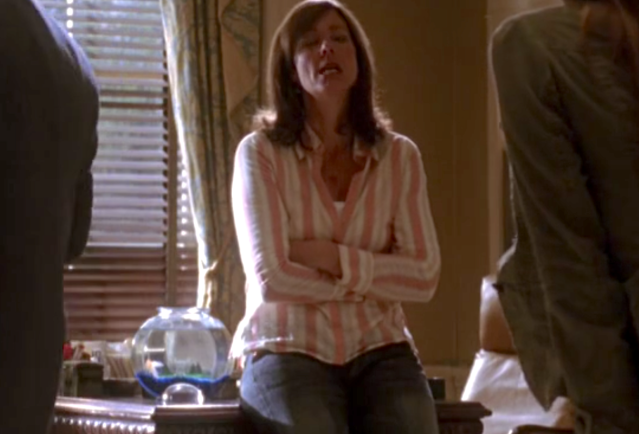 No Gail. Ellie didn’t invite her to the wedding either. Frankly, Ellie, you should be so lucky as to have not only Will Bailey in a tux, but a goldfish among your admirers.

No Gail. And that’s just a shame. A thong of solidarity with Helen Santos would have been lovely. 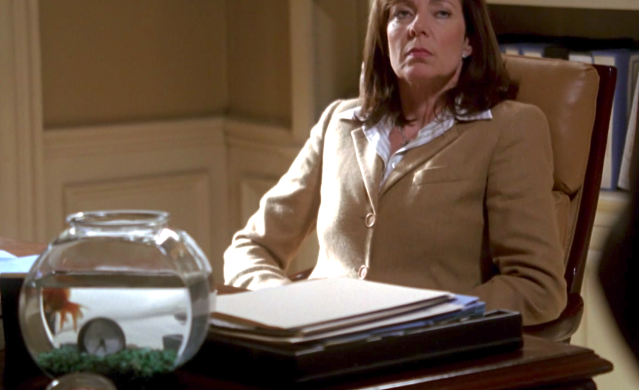 No Gail. She’s in a tizzy about the San Andreo accident and is trying to buy iodine tablets off the black market for her bowl (even though we’ve tried to assure her she is in no peril).

No Gail. Again. Though I’d like to imagine that back in the White House she has either a briefcase in her bowl, or some sort of hand armor for Alan Alda.

No Gail. This is bonkers. Do you KNOW how much I want to see her bowl plastered with Bon Jovi pinups?

No Gail. Such a sad way to go out. Not nearly enough Gail. And she is plenty worried about where she and C.J. are off to next (she votes no on Prague). 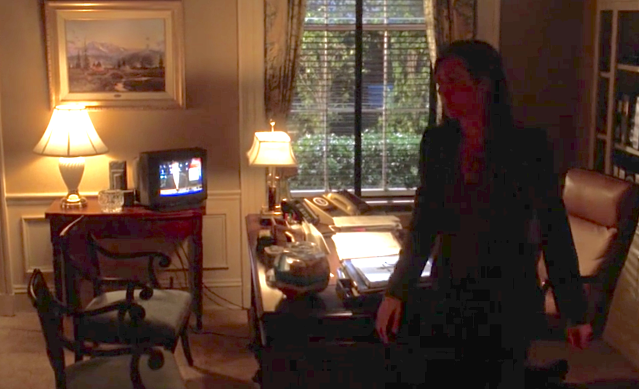 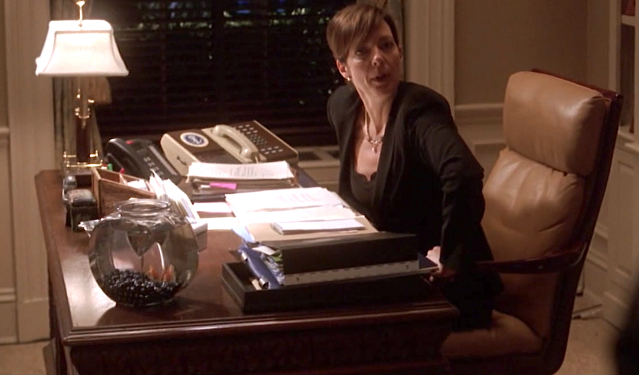 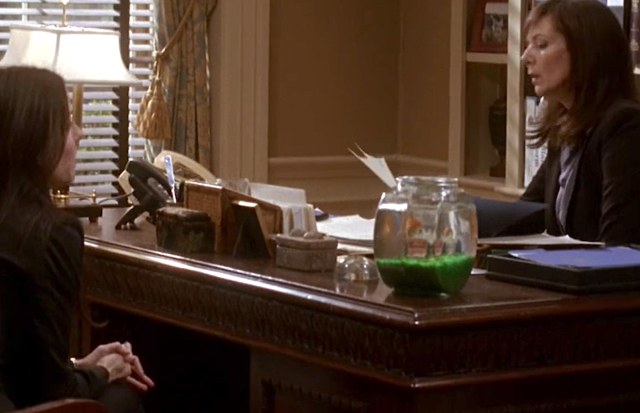 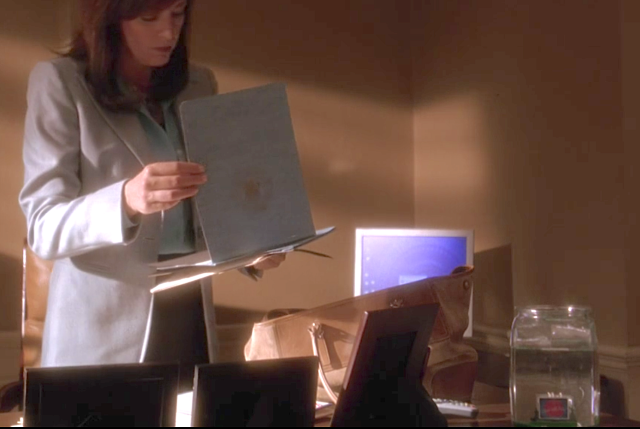 It’s just all so sad and sweet. Gail lived a long and exciting life in the West Wing of the White House. Yes, I’m a little alarmed that she’s still on C.J.’s desk while she exits for the final time. Even if janitorial staff plans on wrapping and shipping picture frames, how is Gail getting to California? Hello? C.J.?

We can only assume that C.J. is coming back with a portable travel container. Damnit.

Well, that concludes the adventures of Gail the goldfish. She has been the sweetest, loyalest character on the whole show, and she has made the West Wing positively magical. Thanks, Gail.

If you need to go back and reminisce over our fishy escapades, here are links to revisit…