Mid-March, 2017 and Netflix has a brand-new original series out. It’s in the same vein as the incredibly popular and oh-so-delicious Stranger Things, in that The OA is a one-season wonder. An entire series of goodness packed into a single bingeable season (which may or may not have a sequel). And we are meant to greedily scarf it down, all the while in suspense of where this series is going and what on earth (or beyond?) the “OA” is.

Let’s get one thing straight, fans of Stranger Things: This isn’t nearly as good. This will not be a cult classic and you will not be messaging your friends that they have just got to see this new amazing Netflix show.

First, since you don’t want spoilers, let me tell you, it’s hard to even give you a basic show premise or even assign it a genre without signaling where it’s headed. Sufficed to say it ventures into sort of a sci-fi / fantasy / psychological thriller with a slight Biblical twist (though not so overtly that it made me blow chunks).

The OA stars little-known actress Brit Marling and her shiny blond hair that is never mussed, and her dimples that never sag. Once you understand what the show is trying to tell you, it’s perfectly clear why she was cast. Her character, Prairie, is a young 20-something who went missing years ago and mysteriously reappears with a story to tell. So right off the bat, Netflix hooks you with the “what has happened to Prairie that she’s so messed up?” mystery. And just to turn the screw, it turns out that when she disappeared, she was blind. And now? She’s NOT! 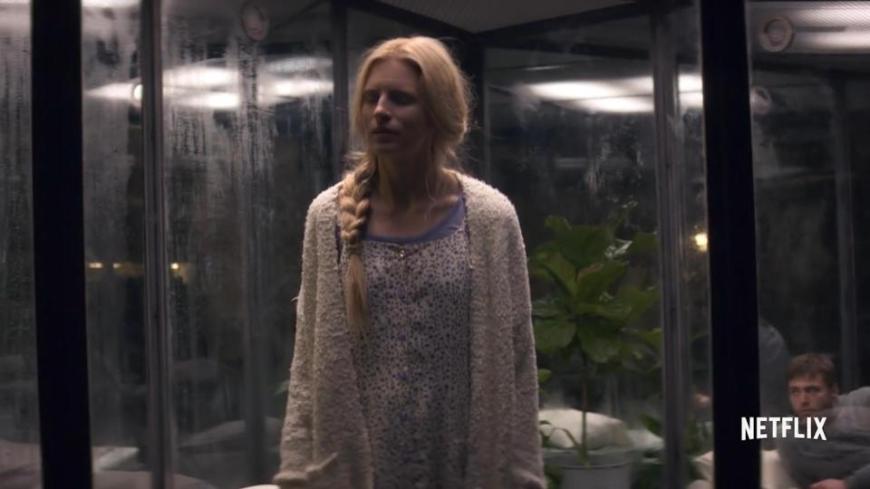 What It Reminds Me Of:

The unraveling of the mystery in full is the entire season. And it keeps you wondering and guessing and really attached. The suspense, along with themes of kids riding bikes around a neighborhood and forming important misfit connections to serve a central purpose that eludes the logic of adults, heavily parallels Stranger Things. But the wee characters in The OA aren’t quite as precocious or likable. Maybe that’s because they’re supposed to be sad, even beaten down.

And for this reason, I’d say that–if I’m offering a charitable view of The OA–this show is what might happen if Stranger Things and The Life of Pi had a baby. Remember that movie? The tiger on the boat? An orangutan named Orange Juice?

If you like both of those, then go in with their stories and techniques in the back of your mind. You might very well like the journey that you travel on with Prairie and gang, and the toying of reality versus coping-mechanism fantasy. And you will definitely be kept in suspense, especially as the show gets going.

But if you are a person who doesn’t like ambiguity and demands answers, if you are still throwing things at your TV after watching The Sopranos finale, then this might not be for you. As it is, the show definitely suffers from sloppy writing, cheap tropes, and a disjointed ending. Brit Marling also struggles to pull off such an emotional character as believable and likable. And when you pile on a lackluster climax (again, I’m being charitable here), there is a high frustration risk.

This show is pretty awful. Really. I’m sorry. I want to like it. Given the suspense and a few well-cast actors, I thought I would at least feel lukewarm about Prairie’s adventures. But, no. Don’t pop any popcorn or dim the lights. This show doesn’t deserve that kind of fanfare. Definitely no Sno-Caps. Or Reese’s Pieces.

In fact, the only way you should tune in is if you are craving a slightly dark mystery and are piled under blankets, craving a fantasy of hope from your emotional dumpster. I’m a person who recently experienced a very significant loss, and in my mopey state this show scratched an itch. But in happy-go-lucky times, it would have pissed me off a lot more. I mean, jesus, Netflix. What must have been a revolving door of different writers hacked away at an intriguing premise, and left us with a sloppy mess and a terrible ending, all of which took way too much of my time.

I guess the best analogy is to say that this show is like eating Arby’s: It tastes fine, sometimes even good, going down (especially the curly fries), but afterward you feel like a greasy garbage bomb went off in your intestines.

Watch this show if you dare. Judge for yourself. But keep the expectations low. I give it 2 beef n’ cheddars out of 10.

Points Awarded For: Eeee! Lucius Malfoy has a leading role! I don’t care what they say about you, Lucius, you are tasty to look at.

…are they gone? The pussies who don’t want to know what’s coming? Good. Now we can talk turkey. All of what I wrote above still stands. This show really is like eating Arby’s; I enjoyed many delicious moments until it was over and then the regret sunk in.

See, I don’t mind the angels idea. Truly I don’t, even in spite of the fact that I am not a Christian, and American entertainment is overly thick with Biblical symbology more often than I would care for. I am a fantasy reader, for christ’s sake. So angels. Okay. Or mental illness.  But the whole thing hinges on Brit’s performance, which comes across as bland and uninspiring. I don’t understand or believe Prairie’s charisma. If that was the biggest problem, obviously I wouldn’t be terribly bothered. But then there are the much bigger problems:

The school shooting was tacked on and completely ill-fitting to all other themes. It built on no character development. Worst of all, the flash mob-style finale is disturbing in its gritty basis in reality and its application of faith as the answer to combat gun violence. A cynic (such as myself) could decry that even the mere suggestion that you can pray away a shooter is not only insulting, but even dangerous.

And still, even if that doesn’t bother you, there is the struggle that it DOESN’T MAKE SENSE! A shooter is completely unlikely to be distracted by what appears to be a flashmob routine. They each stand up, and he’s going to see it as an act of aggression and mow each of them down instantly–if he even needs that much logic, which, he doesn’t. They’re just targets offering themselves up for the slaughter. So the fact that it subdued him long enough for the cook to tackle him doesn’t seem so much like evidence that their movements worked, but instead seems like terrible writing.

I am calling it right now, this is not the script that was originally conceived for Netflix and filmed. Someone took a hatchet to the third act for reasons unknown. Maybe test audiences hated it? Maybe it was the ghost of a disgruntled former Netflix employee? There is no way that a single writer or writing duo sat down and pitched “…and it all ends with a faceless boy shooting up the school. But don’t worry, they distract him with the five movements and the cook tackles him and saves the day!”. Netflix doesn’t give a penny to someone pitching that ending.

Something changed. I’m guessing new writers were brought in at different phases, scenes were cut, and maybe some were even re-shot. Something with horribly wrong with The OA. In case you didn’t catch them, here is a brief list of the many logical issues that still have me making the smell-the-fart face.

Maybe we are supposed to believe that Prairie was making it up as she went along. The open doors. The strong men. Homer. Maybe she was a great bullshit artist on the fly whilst her life when gritty reality finally caught up with her–that same gritty reality that she had been blocking out in her fantasy world. She had run off to find her biological father who was probably a crackhead, and not a Russian oligarch, and lived in her NYC dumpster, cutting herself and eating garbage. Playing her violin in the subway for spare change. And then when she got tired of it, she headed back. She arrived with no answers, scars, and a full imagination. And she loved the new attention she was getting, so she went with it and claimed to be an angelic prophet to a small group of disturbed, beaten-down kids (and a teacher) who were desperate to follow someone. Anyone.

But more likely, it was the writers who were the bullshit artists working on the fly. The fantasy element gives them cover to commit any number of continuity or logical sins and have them forgiven as part of OA’s magic.

Netflix should have waited. They should have demanded a better ending and reshot scenes until the whole thing made sense and was a story worthy of the eight hours. I held in there and was anxious to see what came next, until the third act fell apart. They let us down. This isn’t one I’d recommend to any of my friends or family, because I don’t want the responsibility. You’ve probably already seen it, since you’re reading this far down. So I won’t give you my Arby’s rating, but just know that Netflix is now on double-secret probation with me when it comes to their original shows. They have to demand higher quality. This was a crazier self-inflicted wound than Prairie’s back scars.

View all posts by Haunted Coconut 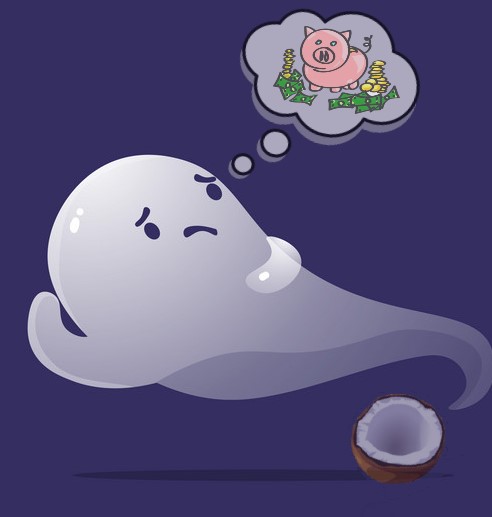 Any change you can throw at me is appreciated. Let’s keep the content going and keep my cats well-fed. Many meows and thank-yous.